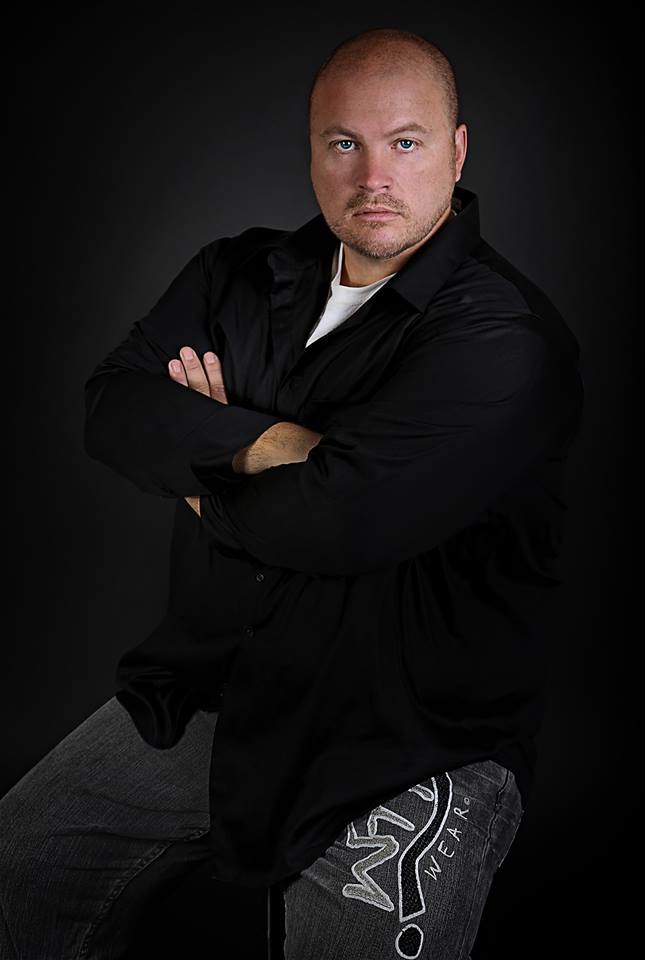 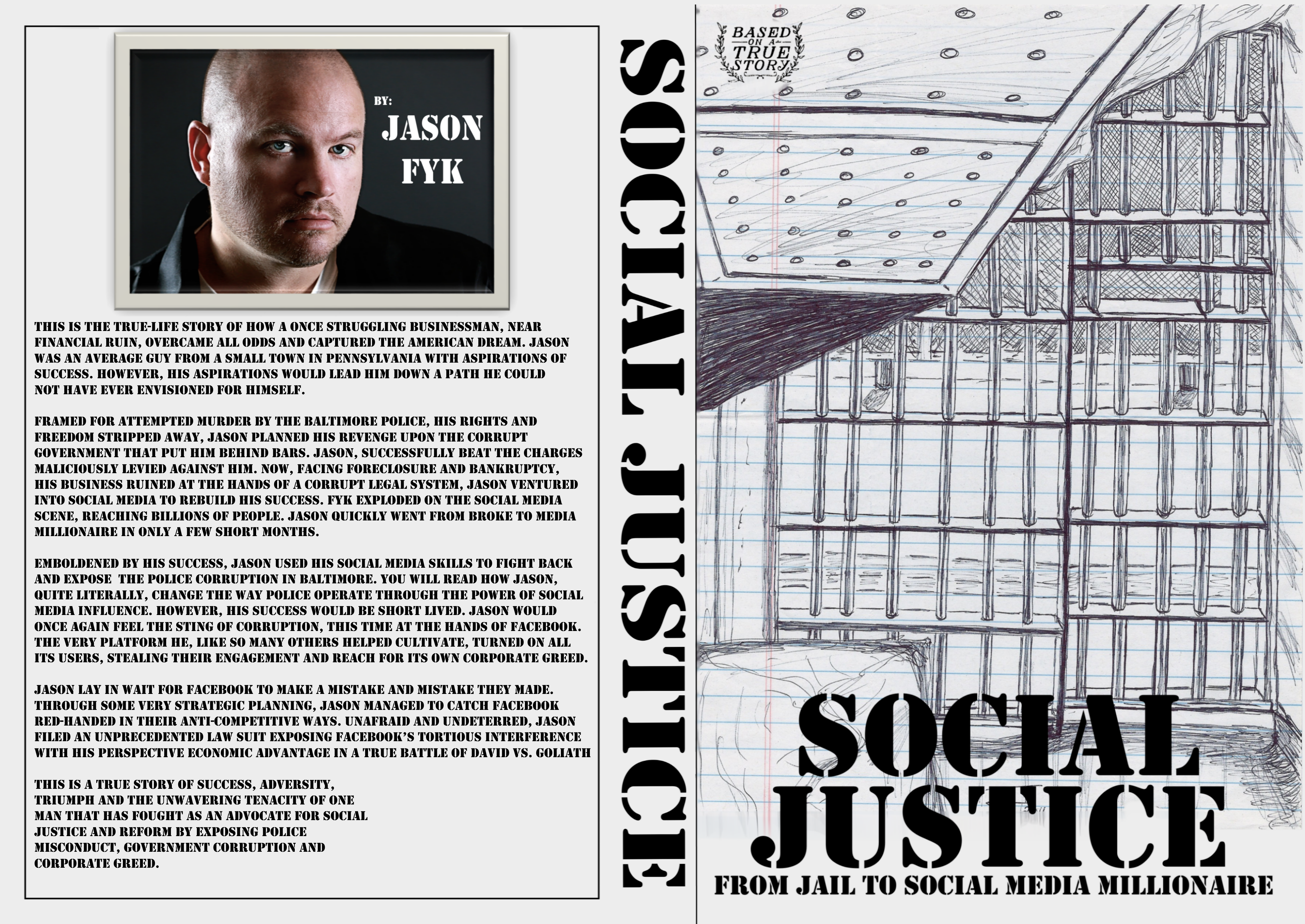 I’m a failure! I have failed so many times in life that it’s hard to qualify myself as anything but a failure. But, just like Winston Churchill said, it’s not about failing, it’s about not losing the enthusiasm to keep going. With each failure you learn something and you grow… well most of us do. We all strive for the American Dream. Even if you’re not from America, you still strive for the comfort and stability that success brings with it.

Many if not all people fail in life. It’s more of a certainty that you will fail but if you continue forward, a failure can become a success. It’s how we deal with our failures that define who we are and what we become. I am a failure! I’m not embarrassed to admit it. I’ve failed most of my life, but I have not lost my enthusiasm and that is what has led to my ultimate success.

My life is not normal. I’m not the typical guy that gets up every day, goes to work, hangs out with his buddies on the weekend, has two and a half children, white picket fence and a dog. Nope, that’s not me! I am known to most of my friends as being the guy that never quits. If you were to plot out the success and failures it would look much like a rollercoaster on steroids.

I grew up in a time before pagers and cell phones, when people still spun a dial to call other people. It sounds surreal to the younger generation, as if I came from ancient times, but to me, it was just yesterday. Where did the years, “my” years, go? I’ve been alive long enough to watch the evolution of the world from a broad enough perspective to understand how it works. I guess you could say that’s wisdom.

When I was kid, things seemed great. I had successful, happily married parents. I was going to a prestigious private school. I was destined for great things, or at least I thought so. I could not have foreseen what failures life would throw my way. I don’t think anyone could have foreseen the failures I have endured. Failures are only an obstacle you need but hurtle to continue forward.

Through the years we watch the evolution of our lives and the evolution of everything around us. We seem to lose track of time in a way. We miss sections of our lives because we don’t get to stop and enjoy them. We all want to be successful. No one grows up thinking; I want to be a failure. That is the core principle of the American Dream. If we work hard enough we will one day enjoy the fruits of our labor. I thought this too, but no one prepared me for the idea that someone would come along and cut my fruit tree down.

My personal failures were no more or less than many other people face in this life, however how I chose to handle those failures and how I kept my enthusiasm is what now defines who I am. As a whole, our nation faces failure every day; wars, politics, government control, police corruption, global warming, depleting resources, overpopulation and much more! These are global failures. This type of failure affects us all, but it is very different than a personal failure like the loss of a job, or crashing your car. Every country faces their own unique challenges and some more than most. Capitalism and the American Dream allow Americans to achieve greatness through all these personal failures. But, it’s how we, as people, work together to handle our global failures that will ultimately define us as a people and as a species.

I have experienced more of the global type failure than most people usually do. I have dealt with corruption and been between to the ground by those in power and I kept getting up and kept bringing the fight to them. Many of you have seen in the news, stories about civil rights, social unrest and police corruption. I’ve seen it too, but I also lived it! I know police and government corruption first hand. It’s a very real problem that has caused social unrest with the advent of BLM and Antifa, but that is about as much credence as I would give to those groups.

They are as corrupt if not more so than whom they claim to stand against. Violations of my civil rights are just the beginning of this story and social media is how I will tell my story to the world. This is how I strived for, and achieved, my American dream in the face of all odds.

I know you’re saying, “Easier said than done Jason.” This world is fucked up and there is nothing you can do about it. Why try, right? For our children, that’s why! If I can’t motivate someone to work with me to make the tough changes we learn with failure, this world is going continue to get worse. It’s not getting better without change. You, me, your friends, your neighbors, and our families all need to pay attention to what’s happening both good and bad. We need to speak up and hold everyone to the same standards we are held to. People like the Clinton’s don’t get a free pass because they are rich and powerful, while those that don’t have money and connections are maliciously prosecuted. We may not all be equal in the eyes of business and success but we should all be equal in the eyes of the law. We need to strive for success as a society. We need to question those that are in power and never allow them too much control over us.

Why does this all matter? Well, because like you, I’m the average person, looking to do well in life, looking to be successful and live the American Dream and yet a couple drunken idiots, a few dirty cops and a crooked assistant attorney general with a personal agenda tried to strip my rights and freedom away from me. We need to fight back. We need to stand up against the corruption. Some of my biggest failures could have been avoided had it not been for the corrupt actions of others.

There are two types of personalities in this world: fight and flight. I can’t even imagine laying down and quitting. I fight for everything I’ve achieved and the more successful I get the harder the fight becomes. I’ve learned that the bigger you get the more people want to take it away from you.

When I was young we didn’t have cell phones with video cameras. We didn’t have much technology at all. We didn’t have the documentation tools we have today. These days recording devices are everywhere. They do not lie. What you see is what happened. There is a saying, “There are three sides to every story, one side, the other side and the truth.” Video most often shows us the truth!

Why are some cops these days so opposed to body cameras? Would it surprise you to learn I am a big part of the reason they wear them now? Why does video evidence get lost or erased for public officials, but for guys like me they can virtually fabricate evidence? Maybe because those in positions of power control us? Maybe they want their word to be the only one that matters?

Now, this is not all law enforcement mind you but, I would surmise those opposed to cameras, auditing or any type of accountability have something to hide. I’ve spoken to cops that are all for body cameras, and business owners that say sure you can see the books or websites that explain why they ban people because they have nothing to hide. I’ve run into all those that have much to hide. Some people might say I’m anti-cop but they would be absolutely wrong. I’d stand beside an honest cop doing his job correctly in a fire fight if they needed me too. I’d fight for our freedom if need be. I’d fight on the side of truth and justice no matter the cost and that’s what I’ve done for the past eight years and continue to do so.

This story is about my success in the face of failure upon failure. Many, tried to take my business, my freedom and even my family away from me, but this story is more about how I battled back and won. This story is about friends that betrayed me and family members that undermined me. It’s a story of corrupt cops that tried to frame me for attempted murder. It’s a story of my fight for success only to have a social media giant rip it away again. This is the story of how I fought for myself and my family and how I beat all those that stood in my way.

This is a story of how I beat the system. It’s a story of how I used social media to enact my version of social justice on the nation. It’s how things really happened and the video evidence that backs it up. I get to tell you who I am and how I used my malicious false arrest experience to make millions on Facebook and how I used social media to settle the score with police and political corruption. It’s time to turn the cameras around on corrupt law enforcement and social elites and hold them to the same standards that we are all held to!

We all want the American Dream, now it’s up to us all to fight for it! I fought the police. I fought the government. I fought Facebook and I never lost my enthusiasm.

My name is Jason Fyk and this is my story…